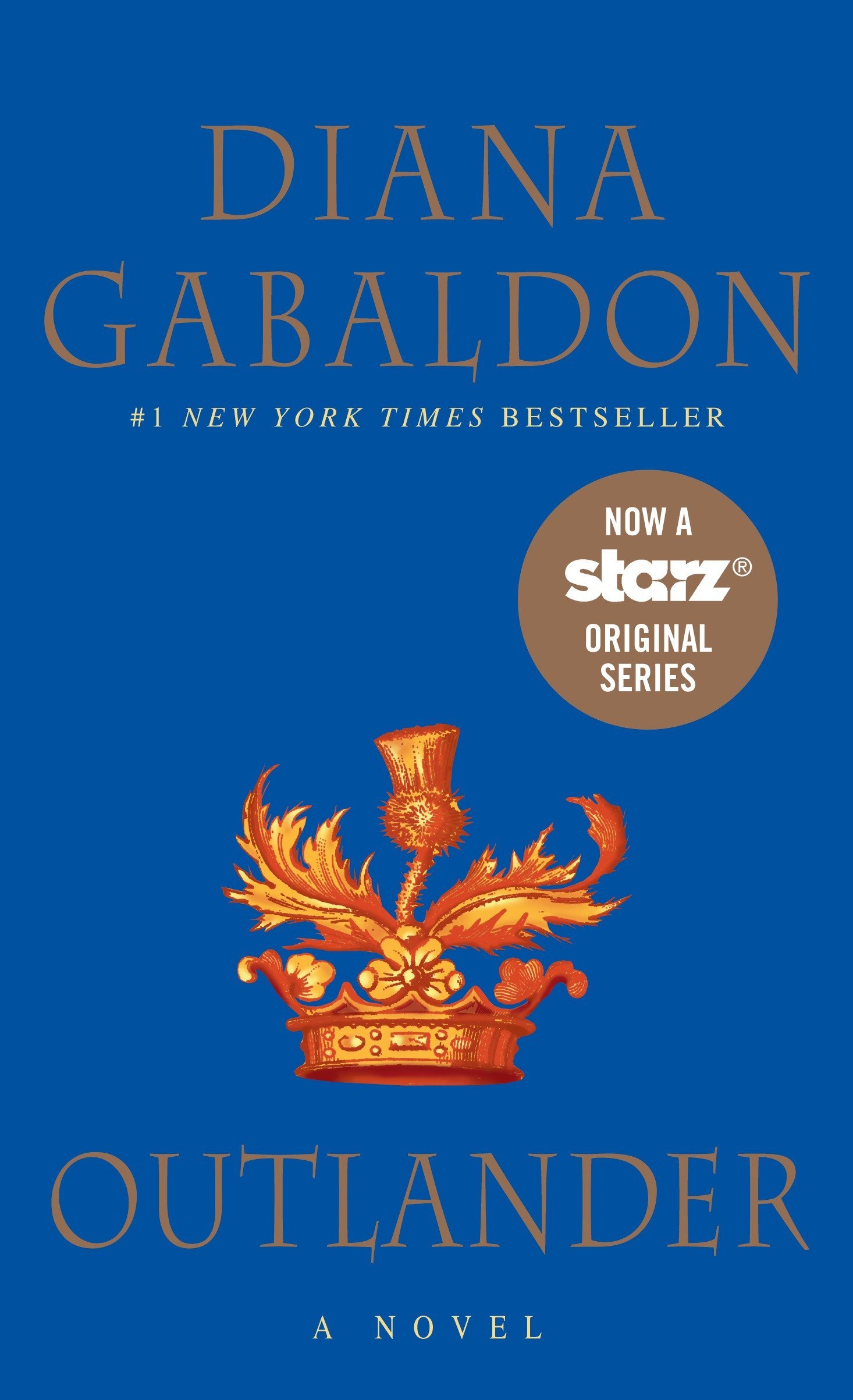 Diane Gabaldon’s well-read NY Times, best-selling novel, and now a STARZ TV series, Outlander, is, for those that like historical romance, a double historical-time setting whammy. In 1945, a retired World War II nurse, Claire Randall is on a second honeymoon with her husband Frank in Scotland. She finds herself suddenly transported to 1743 – and to survive she marries Jamie, a handsome Scots warrior who becomes enmeshed in the Jacobite uprisings. Eventually discovering that she can time- travel, Claire becomes caught up between two different men, two different lives. In the narrative that traces her journeys and experiences, she brings insight and wisdom from the future into the eighteen-hundreds, and a sense of the yearning for the past into her future twentieth-century reality.[ii]

In our Torah readings, we are commencing the Joseph cycle. The story of the chutzpadik dreamer, Joseph, tossed by his brothers into a pit, then sold to slavery, tossed into jail, and then rescued on the back of dreams, which prompts his meteoric rise to being 2nd in command to Pharaoh in the land of Egypt.

In our calendrical story, the three parshiot that tell of Joseph, always run concurrent with the festival of Chanukah. The Chanukah tale is set in a different time of our history. During the Syrian Seleucids rule over the Holy Land, and it tells of the Maccabean rebellion against the tyranny of religious oppression, the reclamation and purification of the Temple, and the establishment of the Hasmonean Dynasty.

In our prayer services and in our studies, like Claire Randall who jumps between historical times, we as Jews will swing back and forth though history. We will oscillate between Egypt circa 1600-1700 BCE, and the Hasmonean period of 167 BCE – 63 CE. The narratives always juxtaposed in Jewish narrative time, are separated by about 1500 years.

Since nothing in Judaism is circumstance, what can we learn between the consistent matching of these two stories? At first glance, the story of Joseph and the story of Judah Maccabee seem to have little in common. But if we look a little below the surface, beyond the narrative to the themes, there are lessons that can be derived.

The story of Joseph and the story of the Maccabees are both stories that speak of the relationship between a group’s particularistic identity and its interaction with outside influences.

Joseph, is an acculturated Egyptian. Born a Hebrew, he adapts to Egyptian ways and mores, to survive and eventually thrive, in a foreign culture. He swaps his coat of many colors hand-woven by his father, for the royal robes of the viceroy of Egypt. Underneath it all he is a Jew – he announces to his brothers at the end of the tale: “I am your brother Joseph,” but on the outside he has fully integrated and could be easily mistaken for a typical Egyptian.

Joseph is the young immigrant to the lower eastside of NY. Who shed their European peasant clothes for western garb made in modernized factories. Who spoke to their children in English rather than Yiddish. Who changed their names so that they could advance in the world. No longer peddlers on the streets, or piece workers in the schmatte business, they aspired to be doctors and lawyers, reporters and managers, and people of “regular professions” as well as practicing the Jewish religion.

Joseph is the early German Reform Jews who wanted to be taken seriously in a world that had emancipated them from ghetto life. The synagogue became the Temple in order to promote a concept of loyalty to their home country. The chants and tropes of Chazzanut were rejected for more contemporary music played on an organ like in a church. The Rabbi wore robes like a priest and no longer just taught and adjudicated, but was expected to attend to clergy duties such as visiting the sick and leading services. Both rabbi and congregant shed kippah, tallit and tefillin as garbs of yesteryear. They were modern on the outside, and Jewish on the inside.

Joseph is the culinary Jew of today. One who attends a meal for the Passover Seder with only the first part of the Haggadah read, or no part of the Haggadah read – but boy is the food, yum! They might light candles at Chanukah – if they remember! And the Bar Mitzvah is mostly about the party. Oh boy, do they like lokshen kugel (which they call noodle pudding) and kneidlach (which they call matzah balls) and Chocolate Babka (which is so delicious that it is acceptable to use its Jewish name). They are Jewish to the core in their culinary tastes, just not Jewishly religious.

The Maccabean story, and its’ heroes, thrive using a different approach. Living in an era when Jewish identity is suppressed and oppressed, they yearn and fight for greater adherence and practice. Jewish survival for them is not found in adaption or appropriation of outside customs, but rather in “authenticity.” Identity for Maccabean type Jews is built through an insular approach and maintaining traditions.

The Maccabees are the Chassidic Orthodox Jews of today who reject outside influences, such as television and Google and high school educations, who wear the garb of their Polish ancestors, and who prefer instead to immerse themselves in the study of Torah and Jewish practice in Yeshivot.

The Maccabean Jews of today are those adherents to Classical Reform Judaism as their religion. The folk that reminisce how in the day, all the prayers were in English – except the Shema. No-one wore a kippah. The music was to be performed and respected as the audience/congregation listened. And the Rabbi’s word was the word of God. They advocate that the essence of Reform Judaism is in such traditions, and that is the way Reform Judaism should be expressed today – and ever more shall be so.

The Maccabean Jews of today are the Israelis that preach that Judaism will only survive in the land of Israel because one can only be truly Jewish in a Jewish land. Where the seasonal music is not Christmas melodies, but rather Jewish festival tunes. Where Shabbat is in the airwaves of the radio station and traffic comes to standstill on Yom Kippur. And where the norm for bakeries is to rival each other on who makes the best challah or sufganiyah.

Perhaps the lesson of reading the Joseph narrative and the Maccabean revolt together, during this time of year, is to present us with two extreme ways of being Jewish. The extreme of the assimilated Joseph who is all Egyptian with a tad of Judaism, and the extreme of the dogmatic Maccabean who is all Judaism and rejecting of most of modernity. Rabbi Daniel Korobkin of Beth Avraham Yoseph Congregation in Toronto suggests that “Today, both approaches are embraced by different factions within our people, to varying degrees. There will always be room at the Jewish family table for both the Josephs and the [Maccabean] brothers.“[iii]

This is true. But the Jewish family table is filled with more seats…

Most of us would not place ourselves on the extreme sides of preferring secular living or Jewish practice. We contemplate finding balance in the middle. We seek a personal mixture of integrating into society, and, making our lives Jewish, in a way that works for us and our families. This of course is the essence of Reform Judaism. Balancing modernity with our Jewish faith. As we sit in the middle of the table, we must advocate that our place setting is valid and authentic. As we sit in the middle of the table, let us be mindful of the balancing act we create in our daily lives.

The juxtaposition of the Joseph narrative and the Chanukah story, the presentation of one extreme versus another, begs us to ask the question of ourselves: How can we be authentic moderns and Jews at the same time? As we revisit two periods of Jewish narrative time, Egypt circa 1600-1700 BCE, and the Hasmonean period of 167 BCE – 63 CE, we are challenged to ask essential questions of our own Jewish identity as we balance being Jewish now, for ourselves, today.

Wishing you all a happy Chanukah. May your sense of Jewish self and modern self, find a re-contemplated balance, an admixture of Jewish identity that brings meaning to all your days, and inspires the next generations and eras to come.

[i] This sermon was inspired by the teaching of Rabbi Daniel Korobkin   in this article: https://www.cjnews.com/perspectives/opinions/many-lessons-chanukah