AN ADAM WITH TWO FACES

When Rosh HaShanah arrives in two weeks, we will celebrate the sixth day of God’s creation, the anniversary of the emergence of humankind, a being called “Adam”. 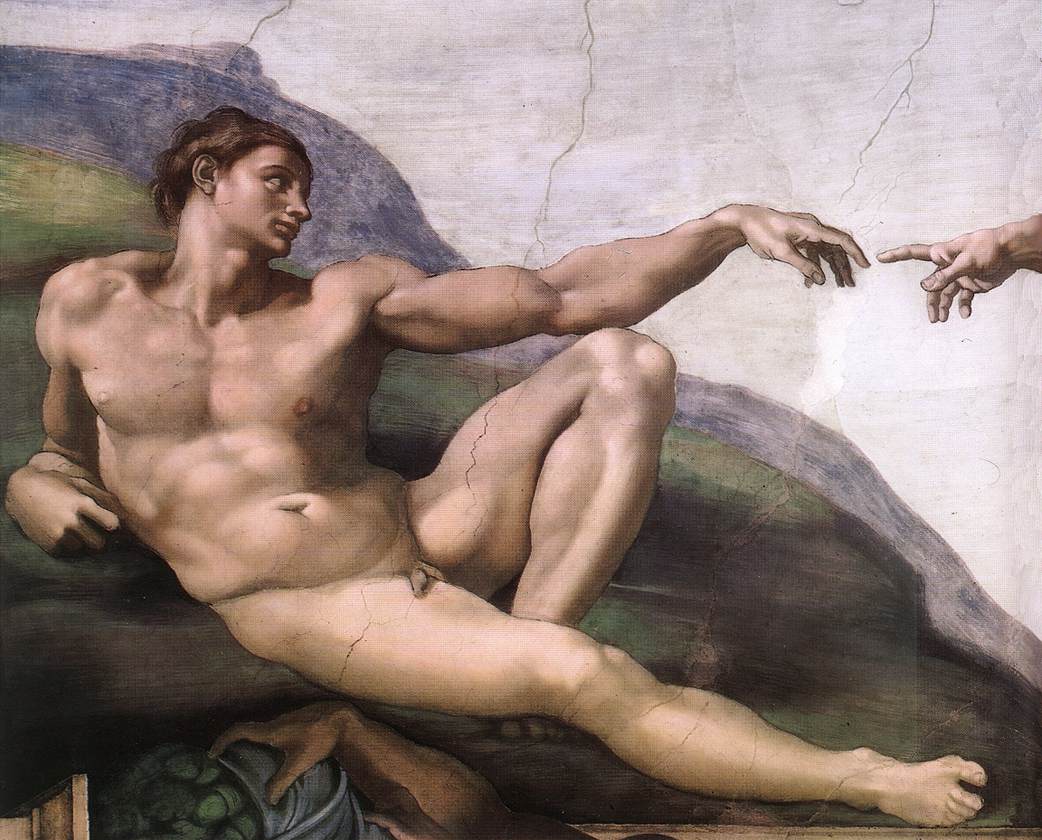 What was that newly-created being like? In Genesis Rabbah, Rabbi Shmuel bar Nachman comments on the peculiar wording of the phrase in Genesis 2: “Male and female God created them” and gives us a startling image of that first human we call Adam.

Rabbi Shmuel explains it thus: “When the Holy One created Adam, God made him with two fronts, then he sawed him in half, thus giving him two backs, a back for one part and a back for the other parts.” (Genesis Rabbah)

Traditional commenters have remarked that if Adam was once one-being, split into two-fronts and two -backs, its stands to reason that the original Adam, before the split, had two faces…

An Adam with two faces! A two-faced Adam in English idiom would mean a duplicitous character. It calls to my mind, and perhaps yours, some popular fictional characters that have had two faces. 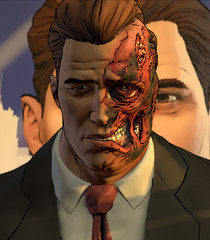 Comic book aficionados, of the Batman narrative, will remember the character aptly named Two-Face. He began his career as the Gotham City District Attorney Harvey Dent. Scarred on the left side of his face when a mob boss threw acid chemicals upon him, he then greets the world with a double face, scarred and unscarred. His two-face actuality converts his personality – he becomes a criminal with a personality conflict – as he flips his behavior with the toss of a coin also damaged in that acid accident, and he oscillates between good and evil.

We are also reminded of the Harry Potter series of the character, Professor Quirinus Quirrell, who served Hogwarts School of Magic and Wizardry, as a teacher of Muggles Studies, and then later, as a teacher of the Defence Against the Dark Arts. His body is overtaken by the darkest-of-dark art experts, while he researched the subject of the Dark Arts, prior to the beginning of a school year.  His being is hijacked by Lord Voldemort, and we are witness as the plot unfolds and he is revealed as a wizard with two faces: his own who teaches the classes and mentors the students; and that of Lord Voldemort, hidden in a turban. The Professor is turned into a vessel which struggles between himself as a good Wizard, and the evilest of wizards Lord Voldemort, who seeks and eventually is successful in usurping his body and mind.

With both fiction characters, the two-face image is used as a symbol to convey the conflict between good and evil, that is always in-potential within each one of us. The rabbis call this the Yetzer HaTov (the good inclination) and the Yetzer HaRa (the evil inclination).

However, in Jewish tradition the good inside of us and the evil inside of us are not relegated to comic strip or children fiction black-and-white, either-or terms. The rabbis teach that our good inclination and our evil inclination, are needed in moderation inside each one of us, so that we can function as our best human being selves.

As was famously taught by the rabbis in Babylonian Talmud (Yoma 69b). Even evil is necessary for us and the world to exist. They tell this story:

The ancient sages decided that they were going to capture and imprison evil and banish it from the universe. They ordered a complete fast day and the Yetzer HaRa was vanquished.

The Yetzer HaRa came out of a room in the Temple called the Holy of Holies like a fiery lion. The Yetzer HaRa said to them – “Realize if you kill me the world is finished.”

The rabbis imprisoned the Yetzer HaRa for three days, and then they looked in the whole land of Israel, and not an egg could be found. No chicken had procreated.

One of them asked: “What shall we do now?” Another asked: “How will we survive?”

So, they put out the Yetzer’s eyes, and let him go.

As the eighteenth-century Italian rabbi, Moshe Chaim Luzzato taught: “Each of us is a creature created with the purpose of being drawn close to God. Each of us is placed between perfection and deficiency, with the power to earn perfection. Each of us must earn this perfection, however, through our own free will… Our inclinations are therefore balanced between good (Yetzer HaTov) and evil (Yetzer HaRa), and one is not compelled toward either of them. One has the power of choice and is able to choose either side knowingly and willingly…”

Another means we might understand the two faces of Adam lies in the Hebrew word for faces. Interestingly, the Hebrew word for face “Panim” is the same in both the singular and the plural in Hebrew. Many of us, accustomed to the English, think of a face as the outer layer of a person. But if we were Hebrew speakers we would hear a double entendre in the word “Panim” with  the word “Pnim” meaning “interior”. “Face” and our “inner being” are from the same root word. The message: the outer layer of our countenances are connected to our interior selves.

Yom Kippur is the exact opposite of Purim. It is the day we strip off our facial masks and seek to become our most authentic selves. For many of us, our face is a mask for our feelings. We have learned to smile when we feel sad, to shed tears as a manipulation of others, to look concerned when we feel no empathy, or say yes when we mean no.

That the Hebrew for “panim” our facial mask, is similar to “pnim” our interior selves, teaches us an important lesson. Our faces should reflect who we really are. Ecclesiastes 8:1 suggests “The wisdom of the person shines in the face.” Our faces and what are inside of us should mimic each other.

We are told that the 16th century Kabbalist, the Ari, had a gift. He could read people’s faces. This was known by so many people that when seeing the rabbi in the street, they would cover their face. They were ashamed about what he could see inside of them.

The task at this season is to work on our interior beings so that our faces shine with beauty that we have created inside of us.  So that unlike those who passed by the Ari on the streets, we are proud of the beauty reflected in our countenance. As the Yiddish speakers among us would say: a sheine punim.

This evening is Elul 14th, means two weeks till Rosh HaShanah. The month is literally a High Holy Day and festival count down, where each day we are reminded by the sound of the Shofar that the month of Tishrei approaches. And that we have work on ourselves to do.

It is a startling image – we are descended from the two-faced Adam.  And our task, during Elul, is to take that split and make it harmonious once again. So that when Rosh HaShanah arrives, we are a reflection of the original  Adam, born again, undivided, anew.